The Museum of Jewish History in Russia strives to reconstruct a comprehensive picture of Jewish life in the Russian Empire and the Soviet Union, with all its varied cultural, social, and political forms.

The museum’s varied collection allows for presentation of all Jewish religious and sub-ethnic groups — not only the Ashkenazim of Eastern Europe, but also Georgian and Mountain Jews of the Caucasus region and Bukharan Jews of Central Asia. In addition, it includes the Karaites as well as Russian sects that converted to Judaism, such as the Gers and Subbotniks. The materials in the museum’s collection reflect the particularities of each group’s culture and way of life as well as the distinctiveness of their historical evolution. 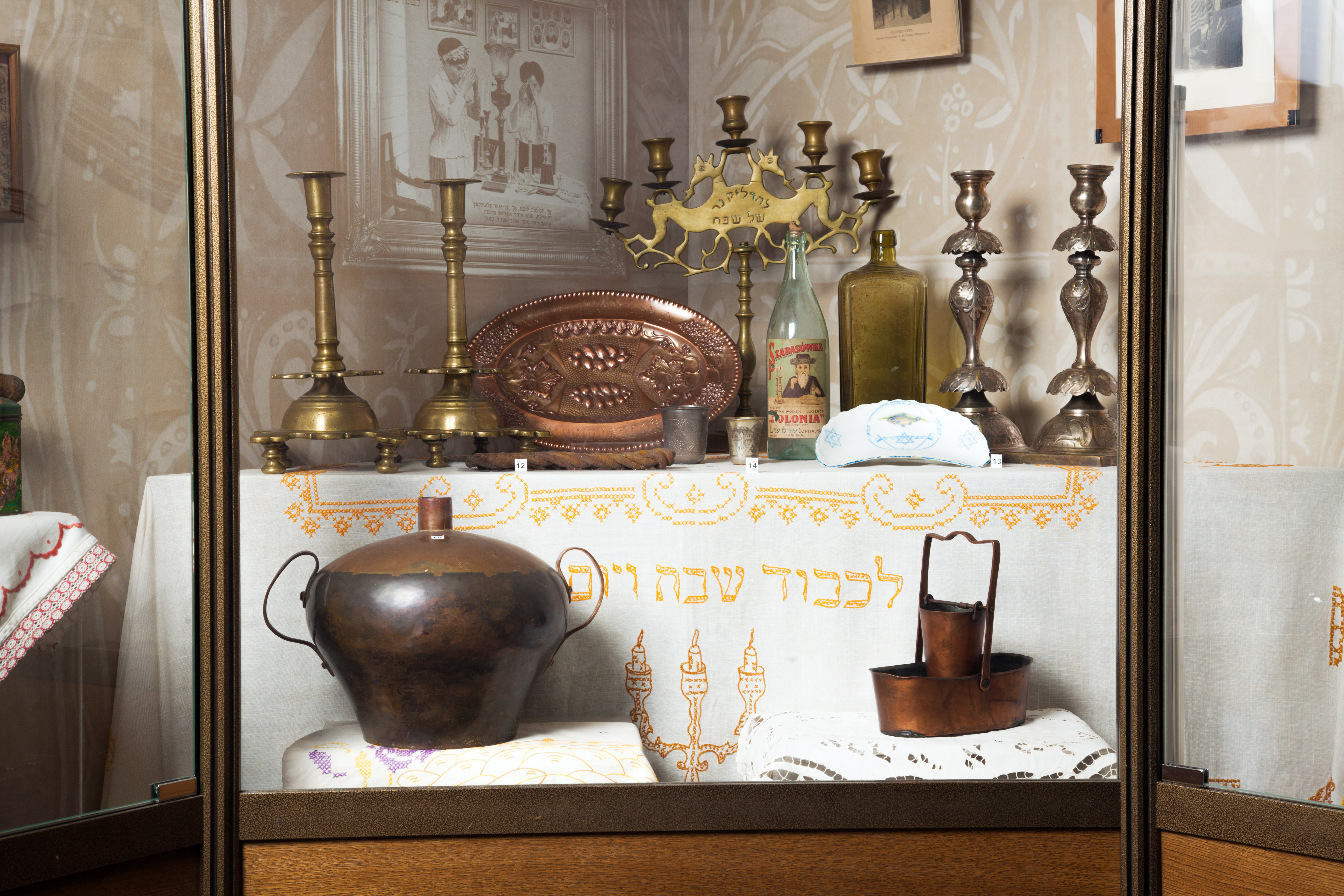 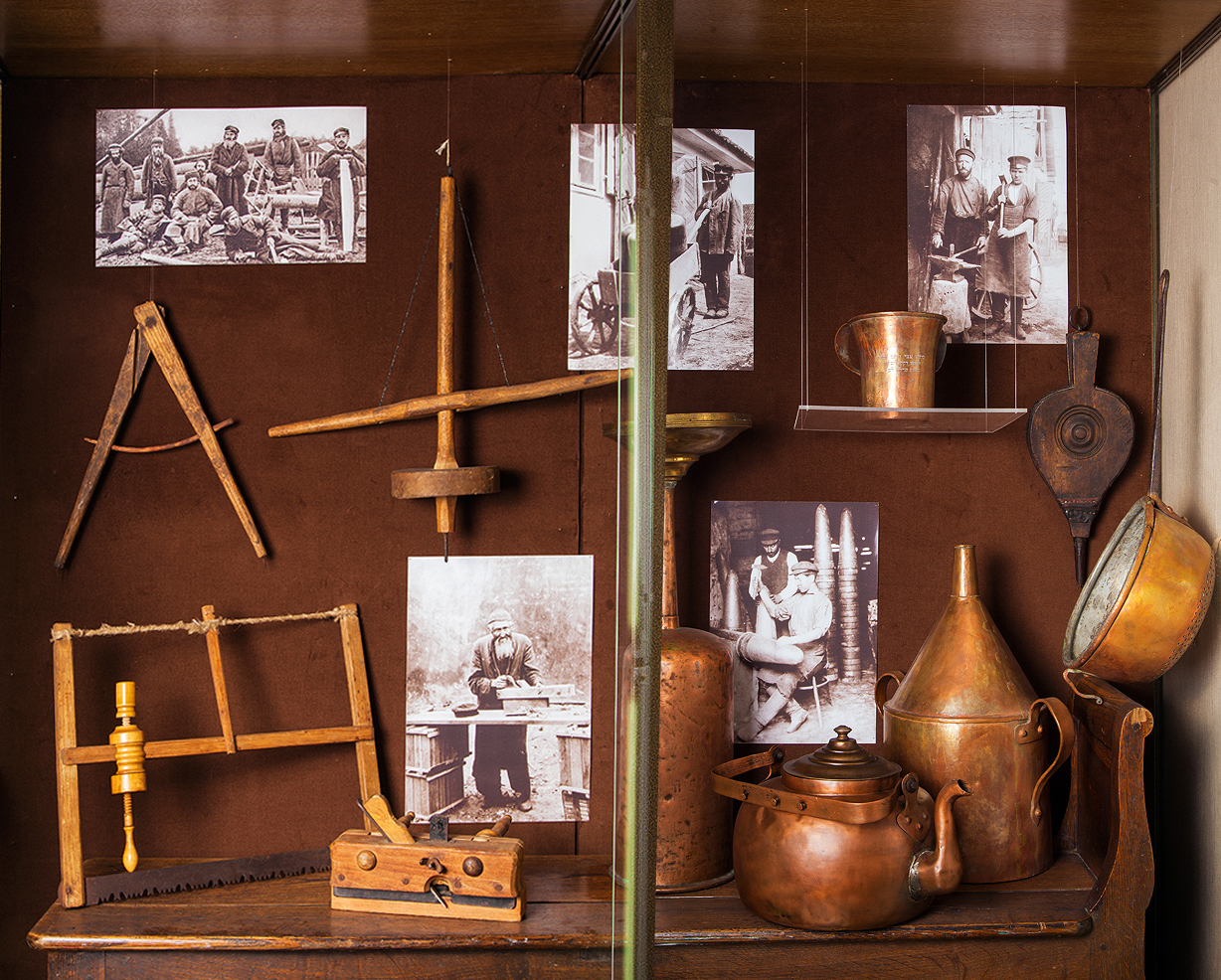 The museum portrays the phenomenon of Russian and Soviet Jewry within the appropriate context of connections to broader Russian culture, society, and government. At the same time, its collection also reflects the cultural-religious unity of Russian Jewry and the Jewish Diaspora of other East European countries, a reality that transcended local differences and state borders. The museum has dedicated a special section to the ties connecting the Jews of Russia and the USSR with the Holy Land and the State of Israel. These connections left a deep imprint on Jewish culture, art, and various forms of national ideology and sociopolitical life.

The museum’s exhibitions showcase a complete historical outlook on Russian Jewry that extends to processes of modernization and the political and cultural histories of various periods (both distant and recent). 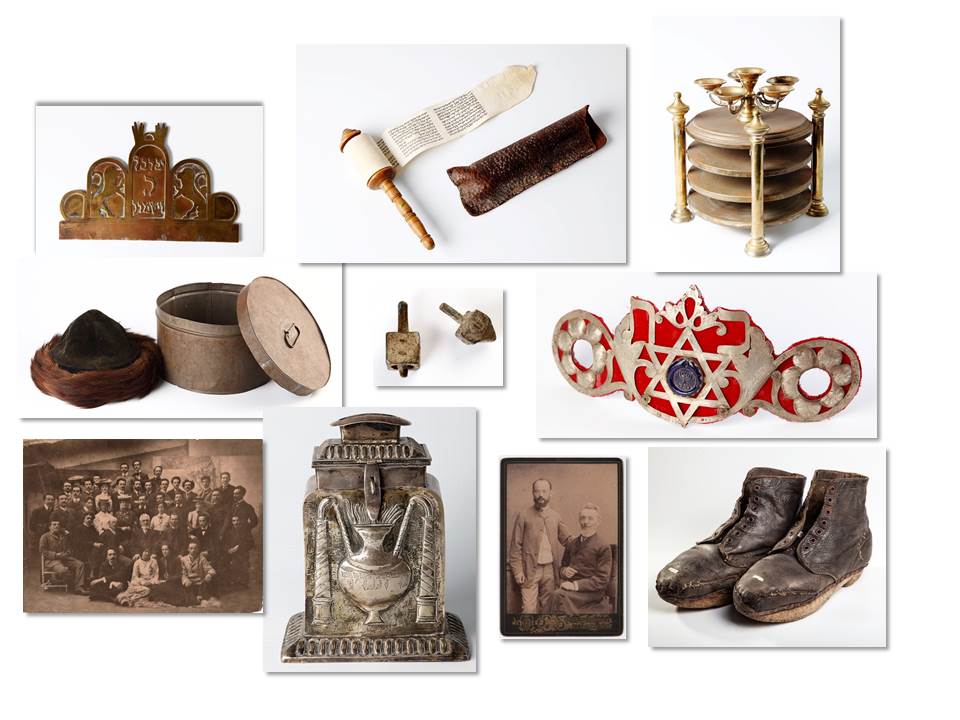 This wide scope enables the museum to incorporate artefacts and documents that previously had not even been collected by museums, let alone exhibited. Examples include materials on the history of Jewish education and the Haskalah (Jewish Enlightenment), the most characteristic Jewish professions, Jewish agricultural colonies, interrelations with state authorities and political struggles, secular Jewish culture, music, and literature in both Yiddish and Hebrew, and Jewish participation in wars waged by the Russian Empire and the Soviet Union over the last two centuries. As a result, the themes of the exhibitions and the range of exhibited materials are significantly broader than in many other Jewish museums.

The main scholarly activity of the museum consists of research trips conducted by its staff in Belarus, Uzbekistan, Moldova, Romania, and Ukraine. These expeditions also represent one of the most important means of expanding the collections of the museum. In addition to acquiring exhibit items in surviving communities (such as in Romania and Ukraine) or from families who preserved objects of interest for generations (as in the Jewish neighbourhoods of Samarkand and Bukhara), the staff also develops personal relationships with the residents and collects legends, historical traditions, and stories that are recorded and archived. Such oral accounts can often help in understanding the original use of the items in question. At a time when the last material traces of these historical Jewish cultures are disappearing in front of our eyes, every research trip represents an investment into preserving that heritage. The Museum of Jewish History in Russia sees this as one of its most crucial tasks.

The exhibitions of the Museum of Jewish History in Russia may be divided into two types by subject matter: 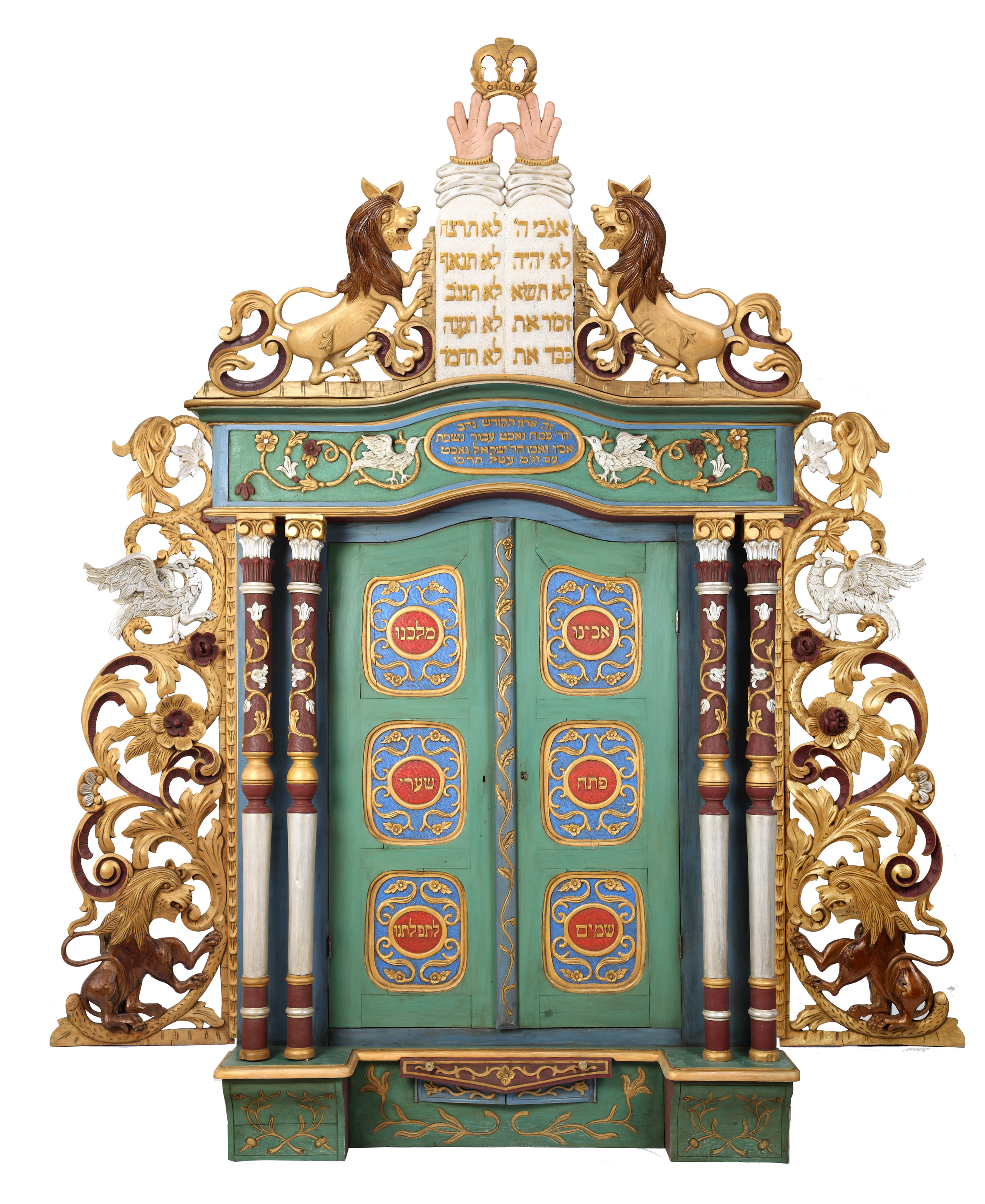 Рќistorical processes, comprehending Jewish interrelations with society and the authorities; Jewish contributions to the economy, culture, and science; and Jewish experience with land development and the attempt to create a Jewish autonomous region in the USSR. 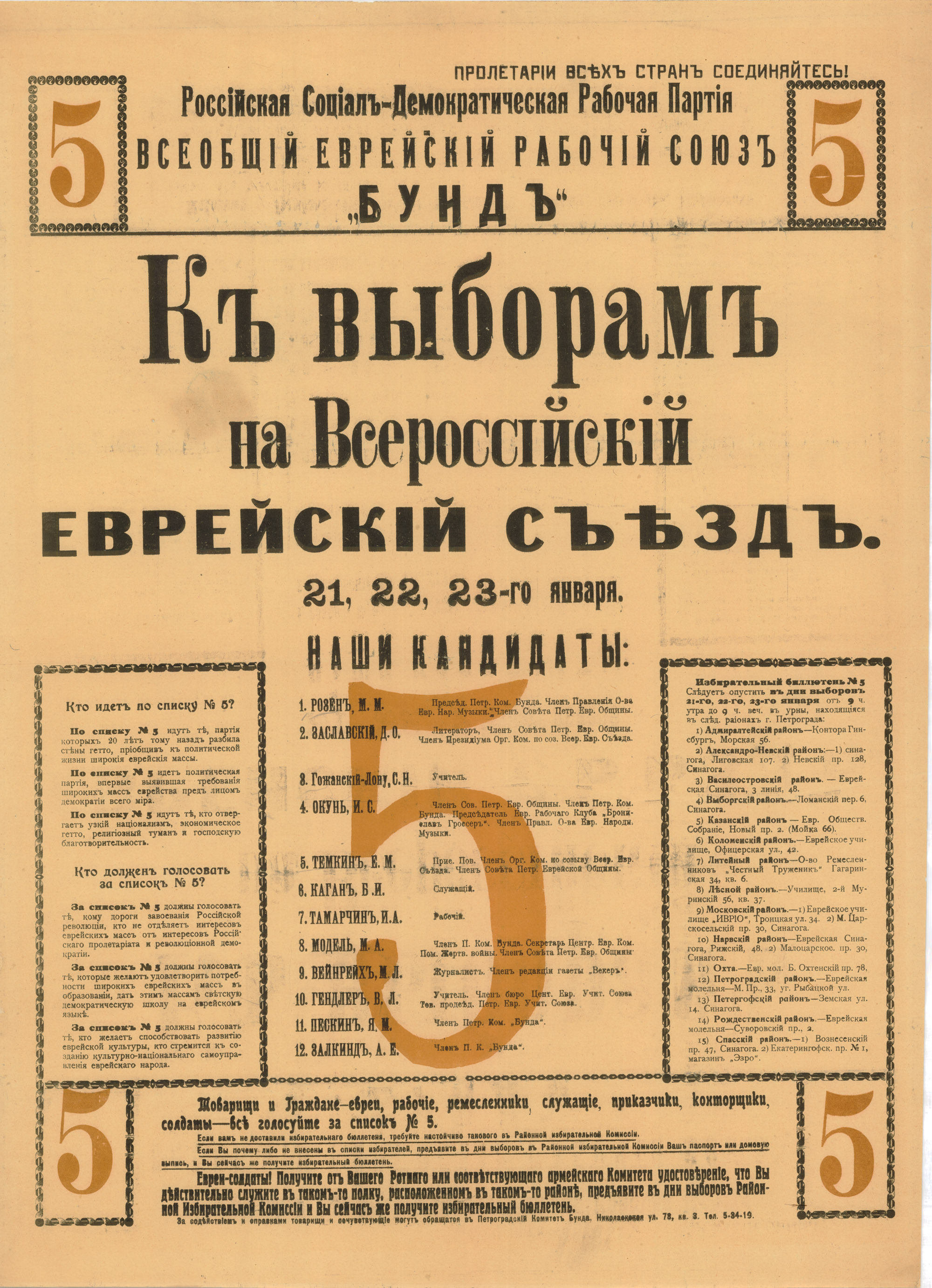 The museum’s collection currently encompasses over 5,000 items, of which approximately 1,000 are on display. 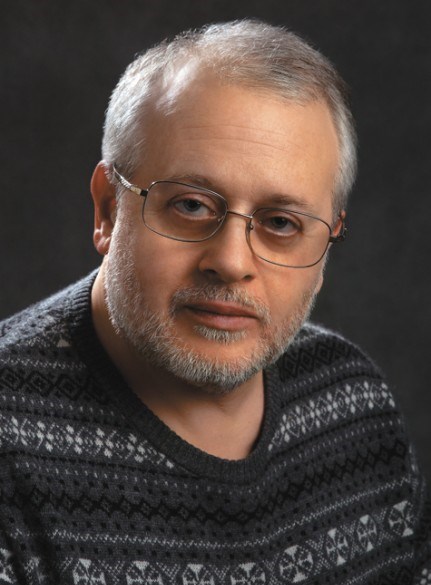 The museum is a private venture, founded and directed by the writer and businessman Sergey Lvovich Ustinov.